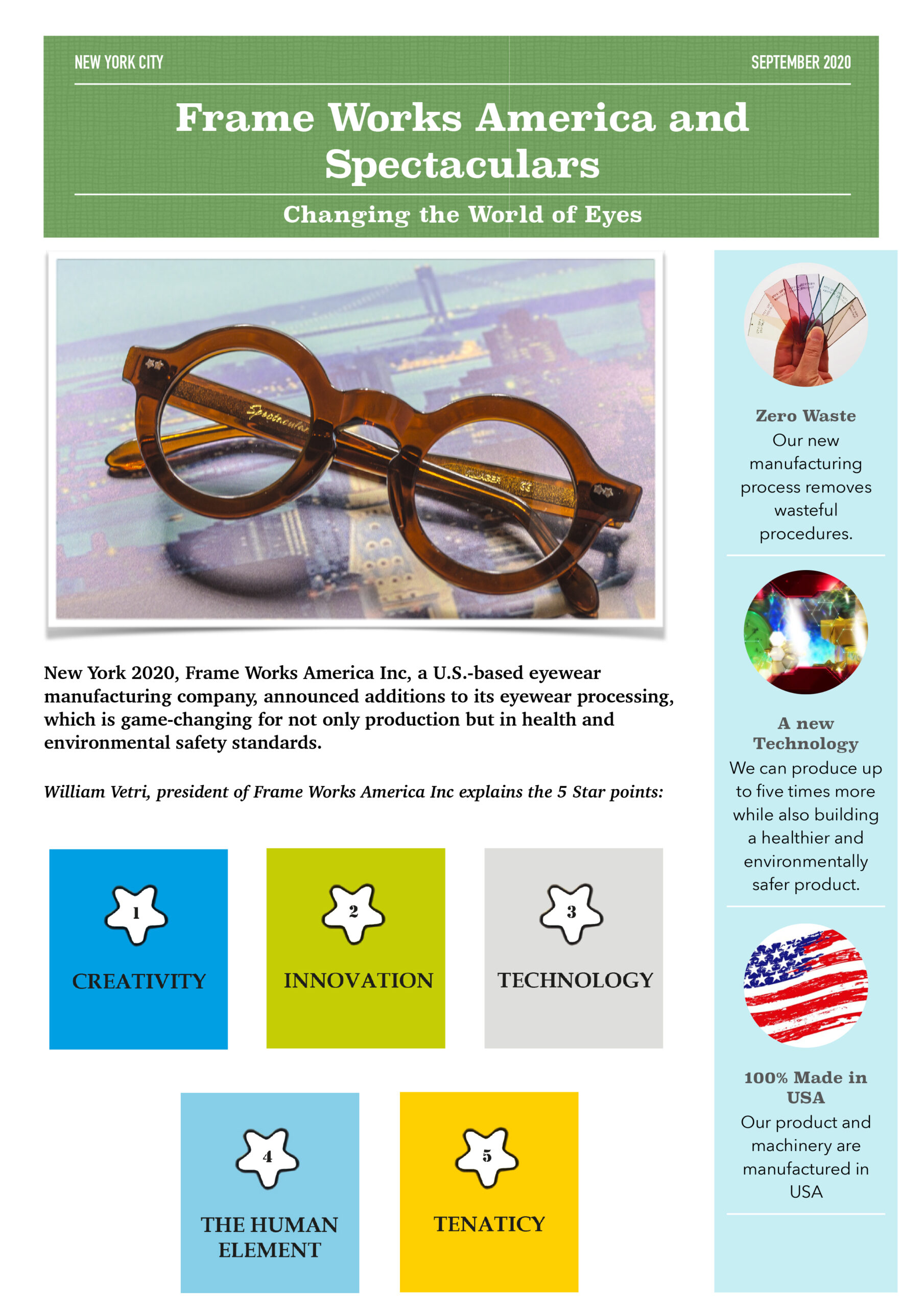 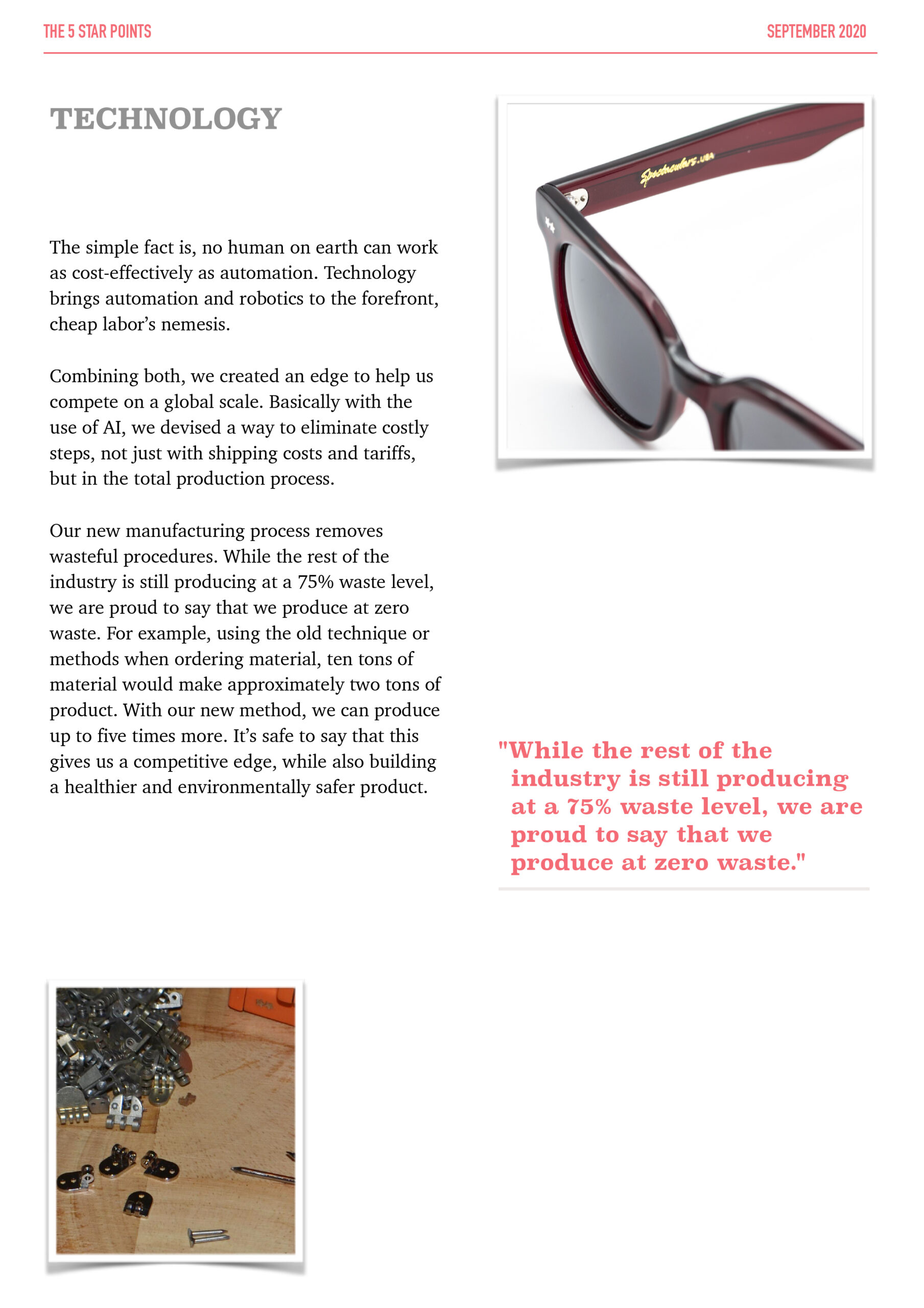 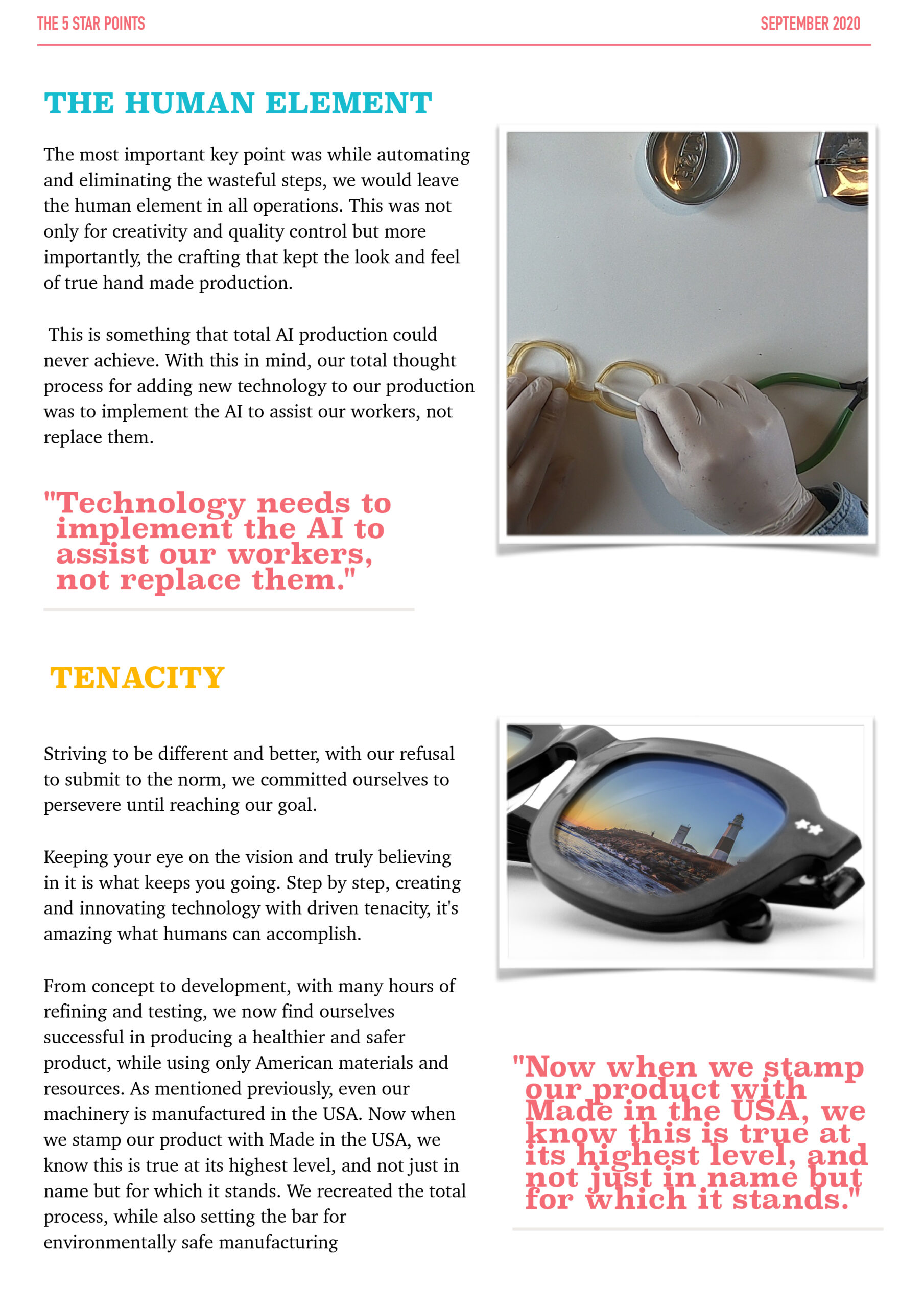 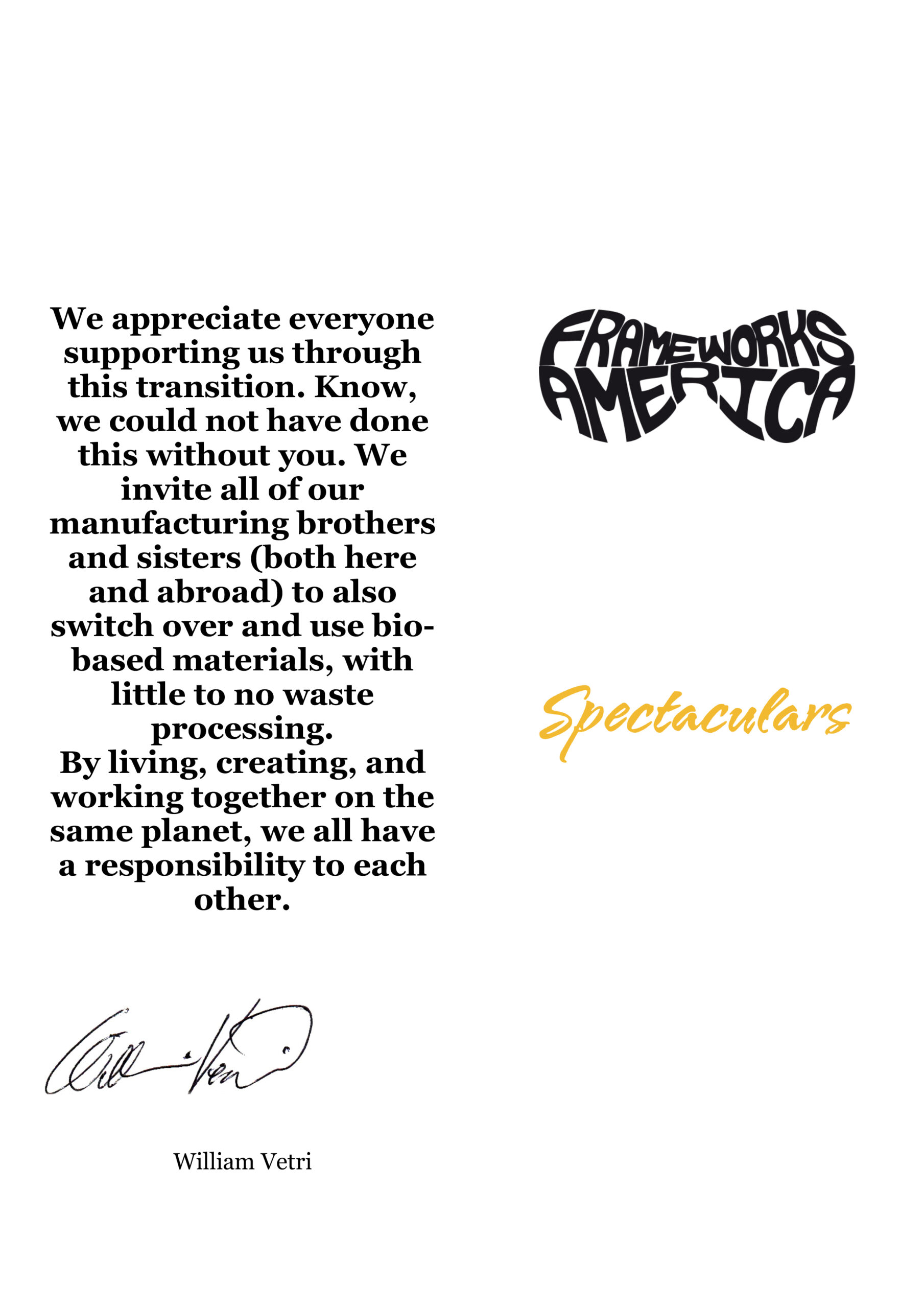 L'Ottico, Italian optician magazine, is talking about us! 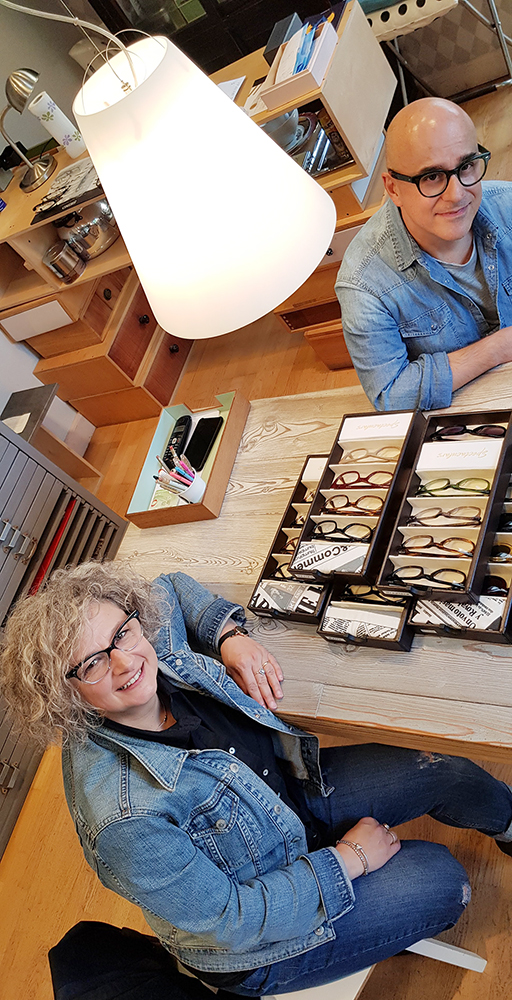 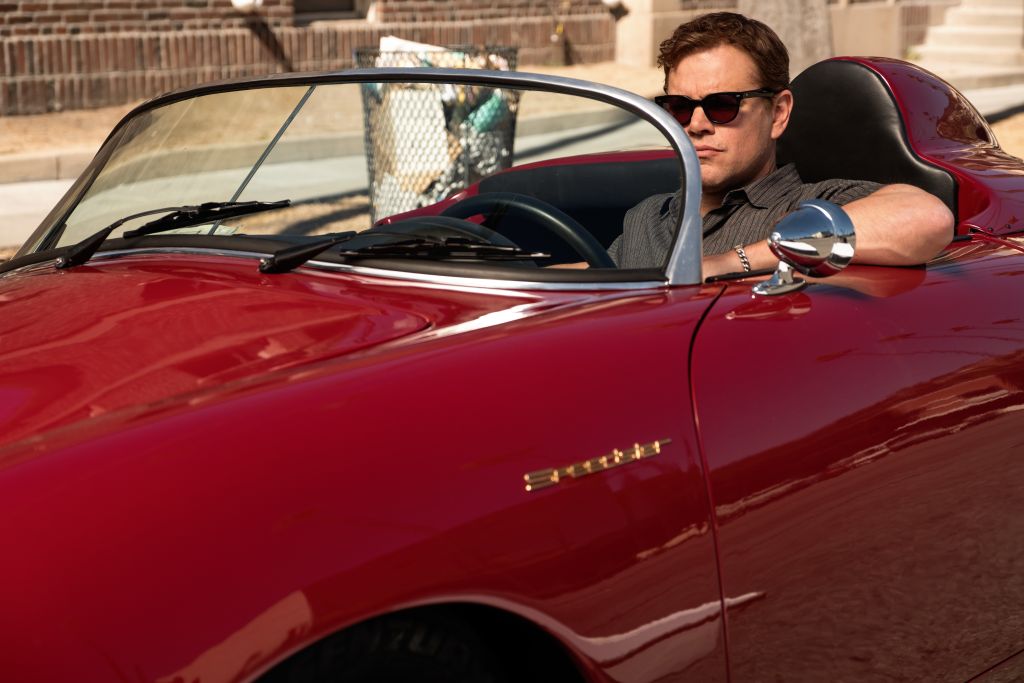 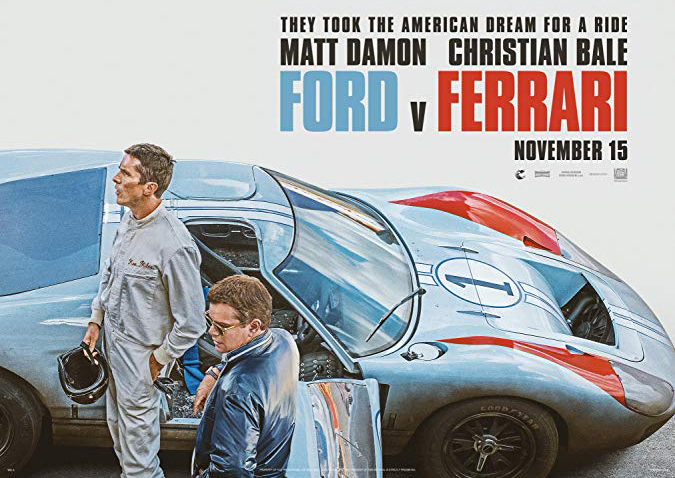 The cooperation between Hollywood motion picture and Spectaculars count on a brand new star: Ford V Ferrari with Matt Damon playing the role of the true American Icon, Carroll Shelby

Academy Award-winners Matt Damon and Christian Bale star in FORD v FERRARI, based on the remarkable true story of the visionary American car designer Carroll Shelby (Damon) and the fearless British-born driver Ken Miles (Bale), who together battled corporate interference, the laws of physics, and their own personal demons to build a revolutionary race car for Ford Motor Company and take on the dominating race cars of Enzo Ferrari at the 24 Hours of Le Mans in France in 1966.

Cellulose acetate (CA), a biodegradable material manufactured with renewable natural resources. It is one of the first synthesized plastics used in film and has fiber properties that can also be woven into fabric. Cellulose acetate is produced from processed wood pulp and cotton fibers.

In 1888 the Eastman Kodak company introduced a film for photography using a nitrate-based material called celluloid acetate. This lead to additional uses in the medical field (X-ray film) and for use in the motion-picture industry.

In 1922, because nitrate film was found to be highly flammable with many precautions attached, Eastman set out to create a safer alternative. Thus the birth of cellulose acetate (CA), a nonflammable, hypoallergenic, and cotton-based material, making it a safer product. In 1925, to help the public distinguish the two materials, celluloid was marked as “Nitrate” and cellulose was marked as “Safety” film. Cellulose acetate (CA) began to replace celluloid nitrate (NO2).

1932, Eastman introduced 8 mm film in cellulose acetate (CA) as the production of celluloid nitrate (NO2) ended.

Around the same time, Eastman began color works in 1932, and in 1934 the “Color Lab” was developed. It was intended to be a part of Eastman Kodak’s color center of excellence where customers would come on a regular basis to learn, teach, and create color of interest for their market application(s).

1933 also marked the beginning of many other uses for this safety plastic (CA).

Because of the product’s versatility and hypoallergenic characteristics, other creative Americans found it to be additionally useful in household goods and wearables. This opened the dawn of American creativity using cellulose acetate.

It’s hard to imagine movies like “The Wizard of Oz” or “Gone with the Wind” without CA or its Color Lab.

What would a 57 Chevy be like without its fin-shaped taillights?

How would designers like Claire McCardell or Charles James create the “American look” without being able to seam or bind their textiles?

For the last 100 years, CA has been time-tested and proven to not only be viable resource, but a safer, healthier material for human beings and the environment. 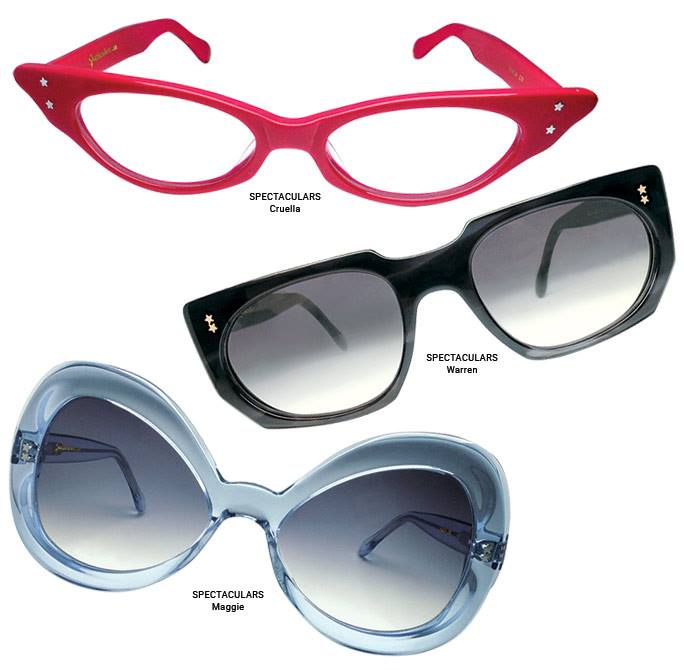 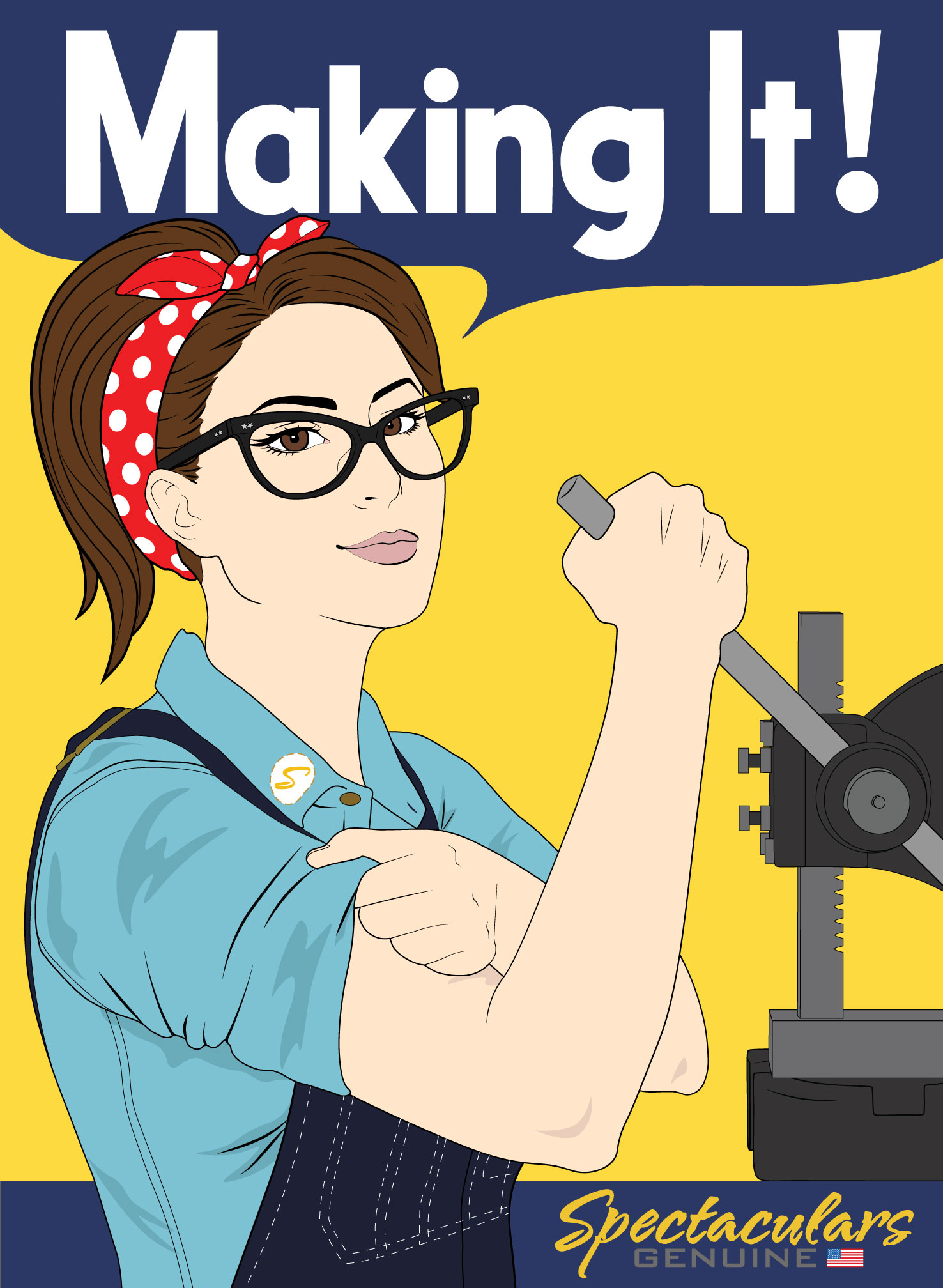